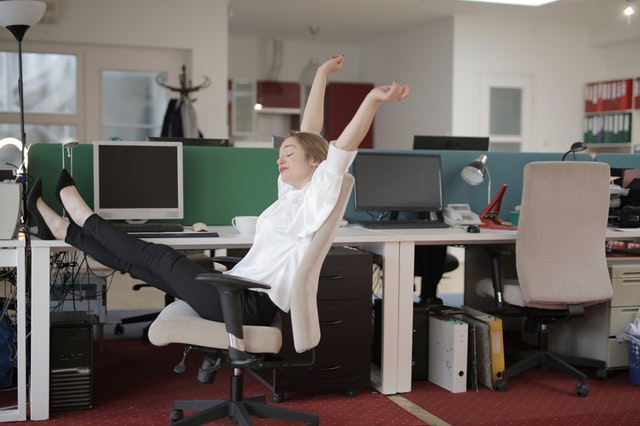 For most people, the term “lose weight” conjures up images of starvation or endless hours spent sweating in a gym. What if we told you that you don’t have to count calories or run on a treadmill to lose weight? Here are 10 ways to lose weight for the laziest!

Dark chocolate has many health benefits: it regulates blood sugar levels, reduces hunger, improves mood and helps you lose weight. In fact, a study conducted at Queen Margaret University showed that dark chocolate can affect the metabolism of fats and carbohydrates by slowing down their digestion and providing a lasting feeling of satiety. It is also rich in flavonoids, antioxidants that help prevent cell aging and certain diseases. However, it is recommended to consume dark chocolate that contains at least 70% cocoa.

Most nutritionists recommend that their patients avoid eating dinner very late at night, advising them to eat this meal at least 2 to 3 hours before going to bed. Eating late can disrupt sleep and lead to weight gain. In addition, researchers at the University of Murcia in Spain have shown that people who ate earlier in the evening showed greater weight loss than those who ate late. The researchers studied 420 participants who all suffered from obesity and all followed the same diet (except for dinner time). After 20 weeks, the scientists found that those who ate dinner earlier lost about 10 kg, while those who ate late at night lost only 7 kg.

3. Learn to vary your eating habits

Don’t hesitate to make small changes every time you eat. For example, for your salads, don’t hesitate to replace olive oil with a little cider vinegar, or to vary your salads and your diet in general. This will prevent you from falling into a food routine.

4. Pay attention to the quantities consumed

It is well known that to lose weight, you have to pay attention to what you eat, but especially to the portions! To do this, use a small dish that will determine the quantity of food you will eat. Serve yourself once and try to reduce the amount of starchy foods you eat such as rice by 25% (a quarter). Another tip: using round, colorful plates is very important because it makes it easier to visualize your food, keep track of how much you’ve eaten (and also adds a touch of fun to your dishes!)

This may disappoint some of you, but you have to move to lose weight! And yes, only daily physical activity combined with a healthy diet can help you lose weight in an effective and sustainable way. However, you don’t have to undergo torture sessions in a gym! You can walk or jog with your dog or a friend to make this activity more enjoyable for you.

According to Dr. Stephane Cascua, walking allows you to burn 45% of fat compared to 25% by running until you are out of breath. In fact, when subjected to a low intensity effort for at least 30 minutes, the body draws the energy it needs from its fat reserves. In addition, walking refines the figure and muscles different parts of the body, especially the leg muscles, abdominal muscles, etc. But to be effective, you need to walk for at least 30 minutes every day. Another tip: opt for the stairs instead of the elevator, or park your car a few meters away from your workplace to encourage you to make more effort.

6. Paying attention to what you drink

To lose weight, many people focus on what they eat instead of what they drink. In fact, drinks such as beer or alcohol are not recommended because they can cause serious health problems. It is therefore advisable to drink water, at least 1.5 L per day, or detoxifying “fat-burning” drinks based on cucumber, lemon or ginger.

To avoid digestive problems and weight gain, eat foods rich in protein and dietary fiber. Fiber is known to aid digestion and provide a lasting feeling of fullness. For example, citrus fruits are rich in soluble fibers such as pectin which, when in contact with water, forms a viscous gel and slows down the digestion of food. Proteins are also known to help weight loss.

As a general rule, digesting food requires burning calories. In addition, digesting protein increases fat burning by 30%. Protein also stimulates the secretion of hormones related to weight loss. In fact, a study conducted by researchers at the University of London showed that protein consumption promotes the secretion of the hormone PYY, which is released by the intestine after a meal.

8. Try to avoid the feeling of hunger

You should not hesitate to eat when the feeling of hunger takes over! In fact, it can be difficult for people who tend to snack to follow a three-meal-a-day pattern. You don’t have to eat only three meals, but you can have light snacks with them. If, for example, after your lunch you are still hungry, don’t hesitate to eat a yogurt or an apple to fill you up. This will allow you not to be very hungry in the evening and not to eat too salty or fatty dishes. Nevertheless, do not forget to walk for at least 30 minutes.

Sleep is important to stay healthy. On average, it is recommended to sleep between 7 and 8 hours a day. Sleep deprivation can be responsible for fatigue, lack of concentration and other disorders. In addition, a study done at the University of California proved that lack of sleep could promote weight gain. The researchers studied the brain function of 23 people (by MRI), after a night of sleep and a night without sleep. They found that lack of sleep caused people to gravitate toward higher-calorie foods, while a normal night’s sleep allowed them to better monitor their weight.

Another study conducted by the University of Bristol and Weill Cornell Medical College in Qatar studied the sleep of 522 people. They found that people who slept 5 hours or less a day had a higher risk of developing diseases like diabetes and obesity.

To lose weight, try drinking water before you start your meals. This will help keep your body well hydrated and reduce the feeling of hunger. Another study conducted by Dr. Brenda Davy at Virginia Tech University found that people who drank one to two glasses of water 20 to 30 minutes before each meal consumed 75 fewer calories per meal than those who did not. In addition, don’t hesitate to eat water-rich foods such as soups or vegetables that will give you a lasting feeling of fullness.